Solid hardwood flooring is designed for the installation in any room below, at the level or above the ground level.

It is recommended to bring the unsealed boxes with flooring into the room and keep them inside for a certain time. The hardwood flooring has to have the room temperature.

Film is necessary to protect the flooring from the eventual moisture ingress. Film to be laid out in the entire base area with overlap and along the walls base. Joints are fixed with a duct tape.

Before laying the flooring boards, it is necessary to match boards in colors and texture to find the best stylistic decision. Boards color and texture matching helps to install the uniform and well-balanced floor.

Installation of the first row:

Flooring boards are fixed with a stapler gun with staples of not less than 40 mm in length. The fixation points are to be 20-25 cm from each other. With the margin of 5-6 cm from the plank end, the staple has to be stapled into the tongue at an angle of 45 degrees. 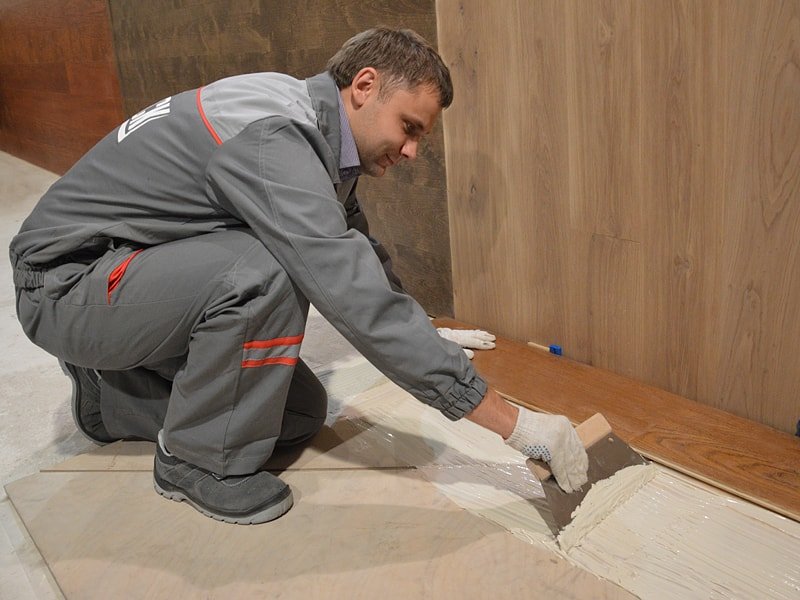 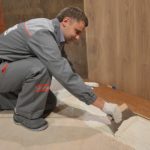 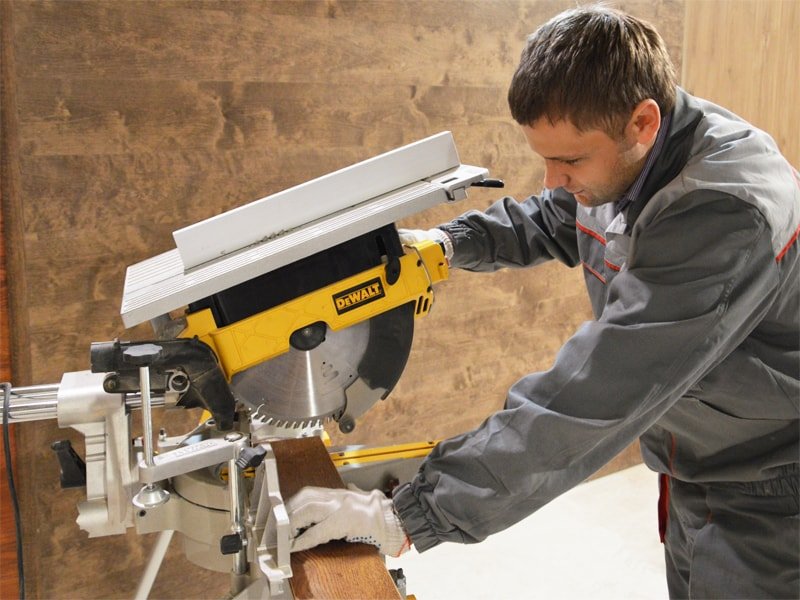 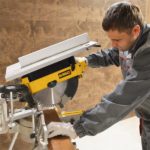 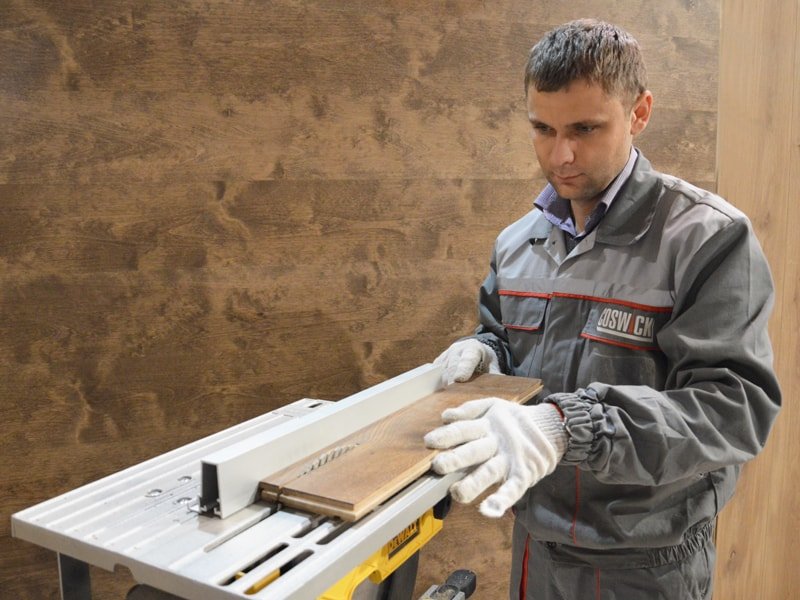 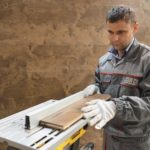